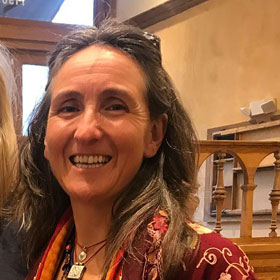 Uma met yoga in 1969, at the age of four, and fell in love. She’s been practicing ever since, and teaching yoga since 1994. A yoga therapist with special expertise in yoga therapy for women’s health, Uma is a mother of three, and has written four books on yoga for women, including the massive Yoni Shakti now in its second printing.