#1 Santa’s robin, a favourite for many. 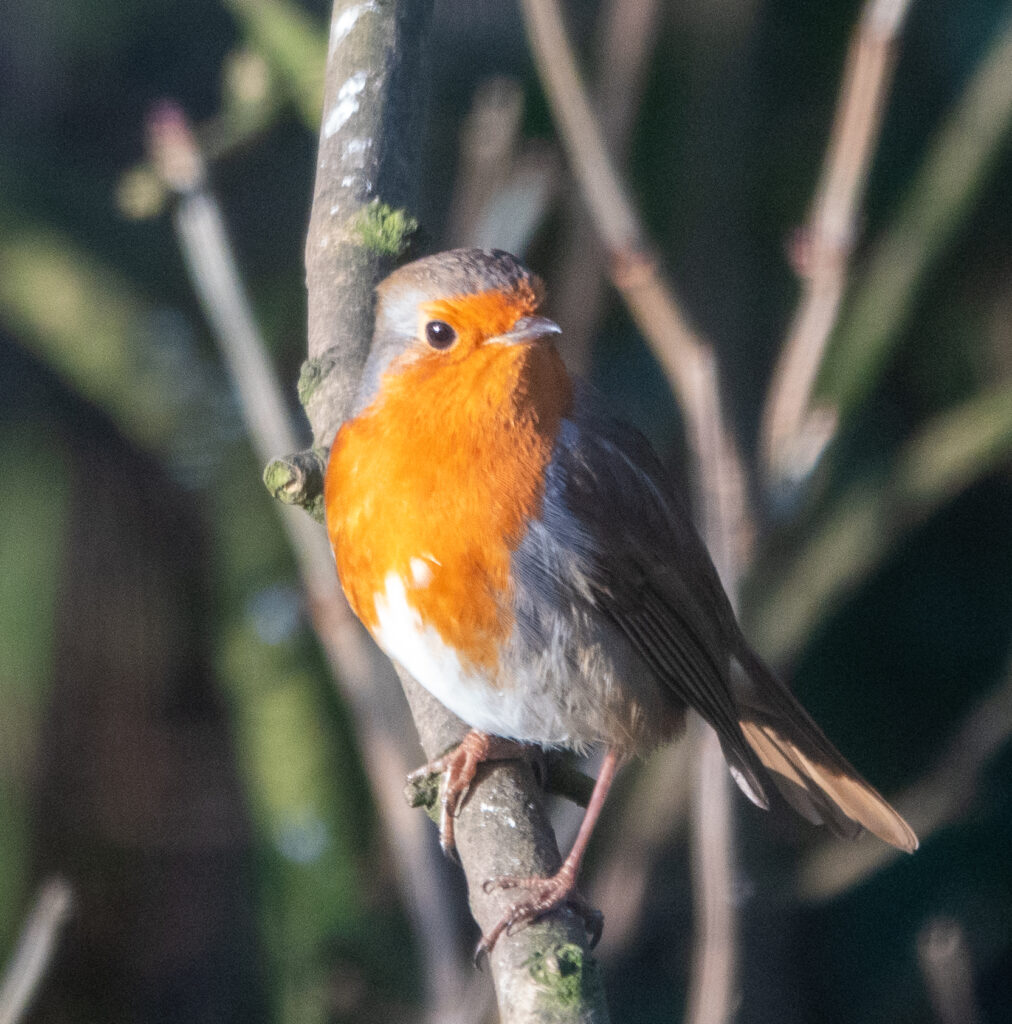 This robin was in the bushes waiting for an opportunity to collect the crumbs left by the other birds on the feeder.

Easy to see where it got its name. This confident little bird dominates the feeders in numbers. 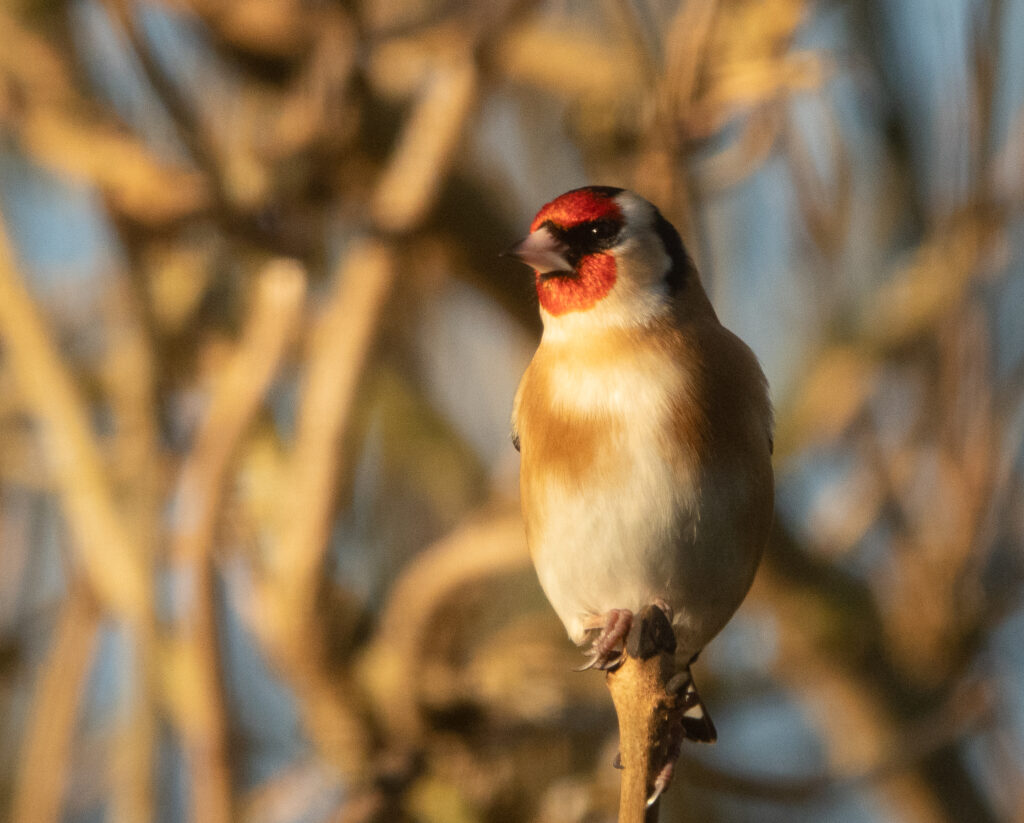 These graceful birds with their Yellow feet can be seen on the Estuary mudflats and inlets.

I’ve observed them at Querrin shore, ‘worrying’ the mud ahead of them with their feet disturbing their prey (crustaceans, molluscs, eels, fish)  making it easier to catch… and eat. 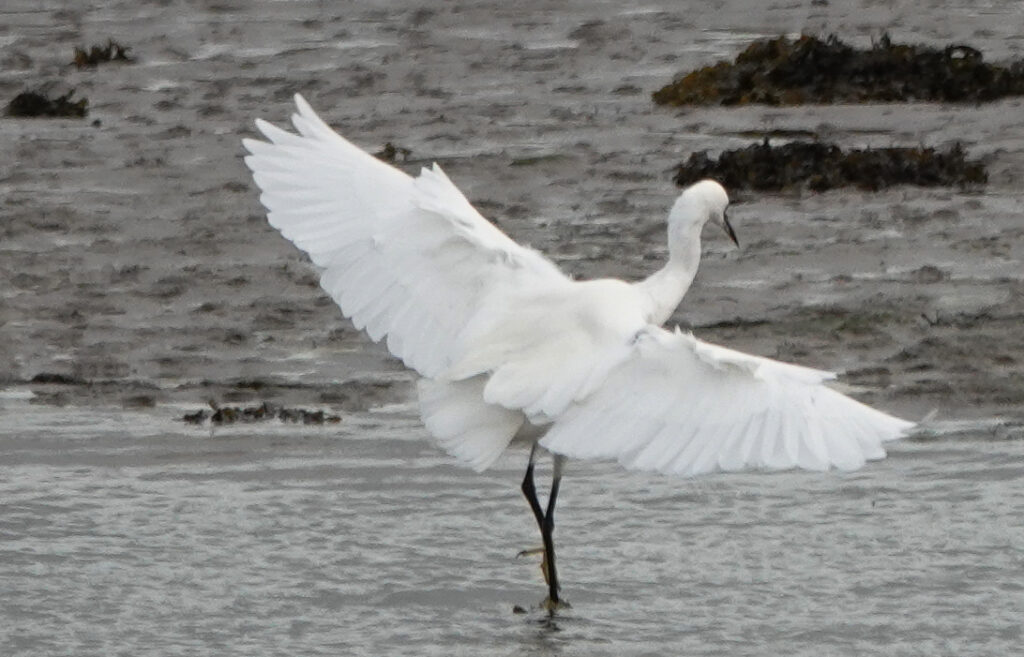 This ‘bright young bird of the reed beds’ was observed in Tullaher Bog. 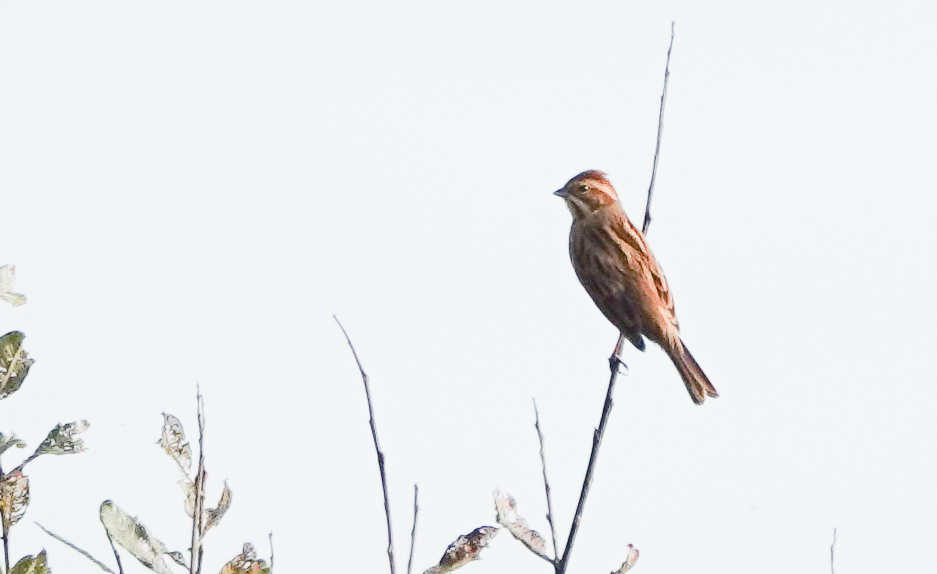 These intelligent and social birds keep an eye on our feeders from the tree. Who is watching who here?

These brightly coloured birds seem to be very plentiful in the garden right now and are the second biggest groupings of birds coming to our feeders outside of the goldfinch. 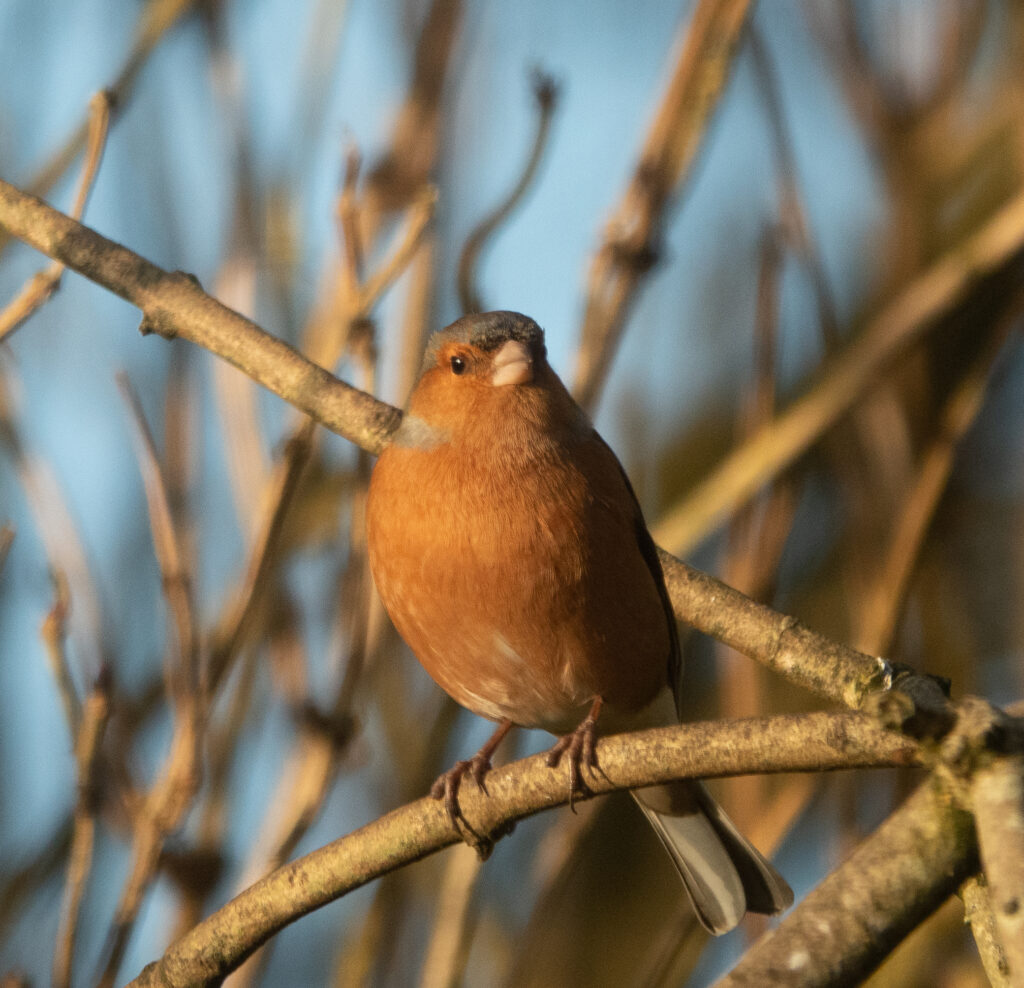 These brightly coloured birds seem to be very plentiful in the garden right now and are the second biggest groupings of birds coming to our feeders outside of the goldfinch.

#7 Heron – Corr réisc ( réisc is Marsh and Corr is coming up as “edge” Anyone have another meaning for Corr?)

A pretty remarkable bird, standing patiently still watching the water for signs of movement. Noisy neighbours in Springtime nesting in trees, how they don’t fall out I don’t know. 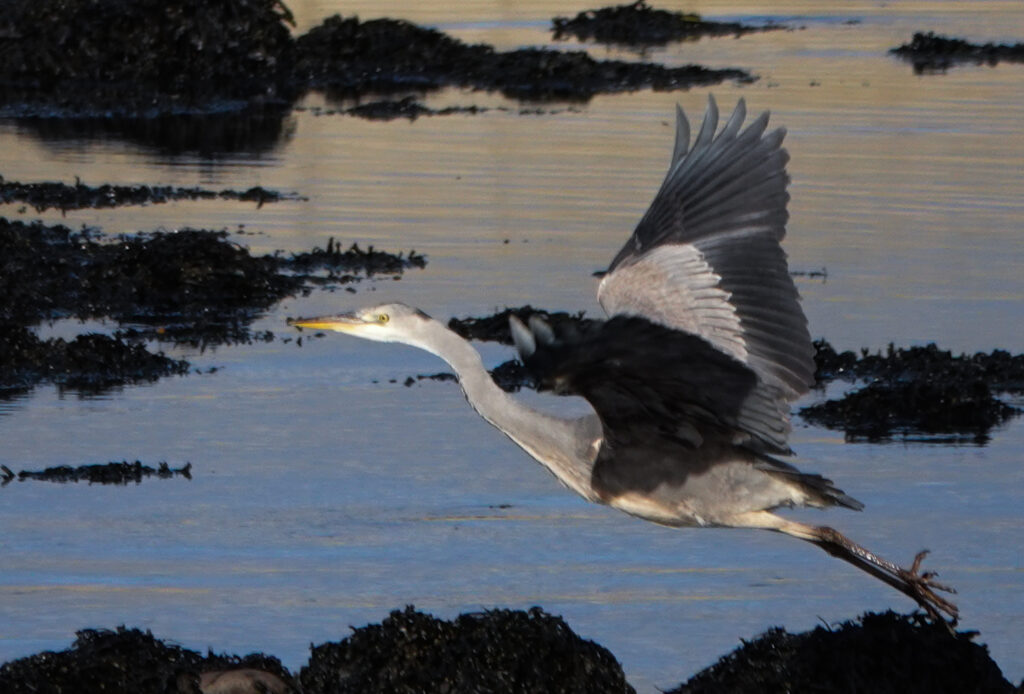 This picture shows a juvenile Cormorant fishing at Querrin pier. Sometimes confused with Shag which is a smaller mostly darker version. 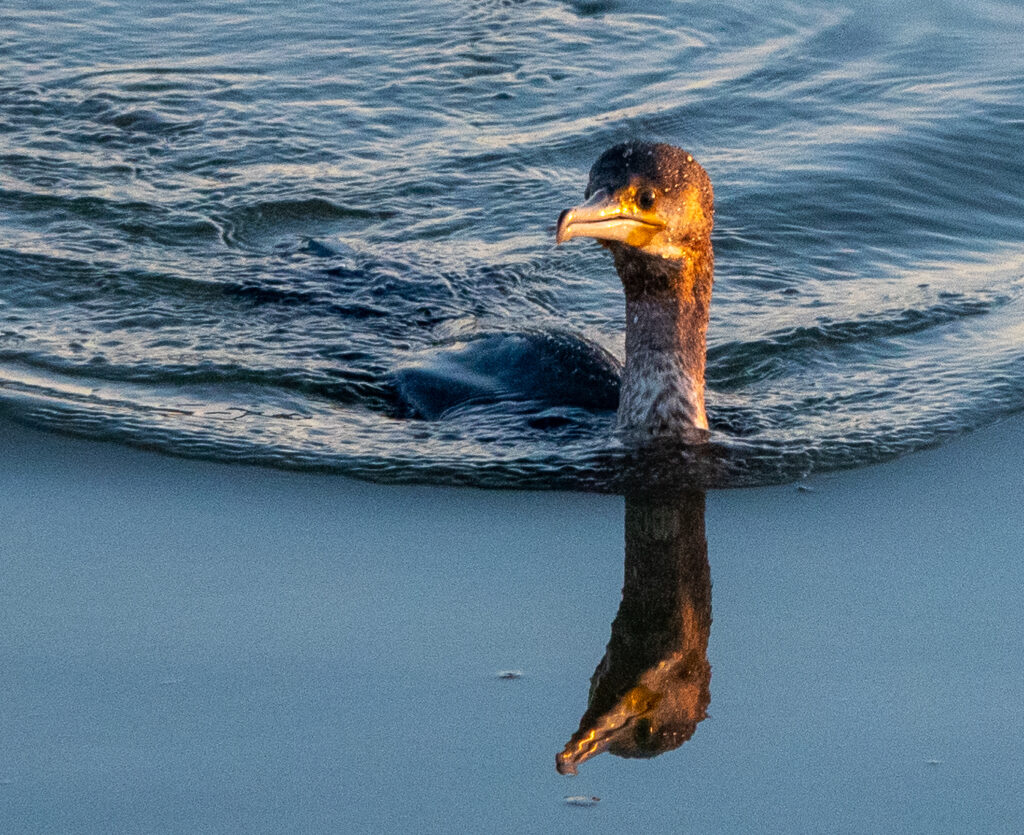 Hard to believe this familiar wader is on the Red list now, meaning it is of high conservation concern. A very familiar sound when you visit our coast on the Loop Head Peninsula. 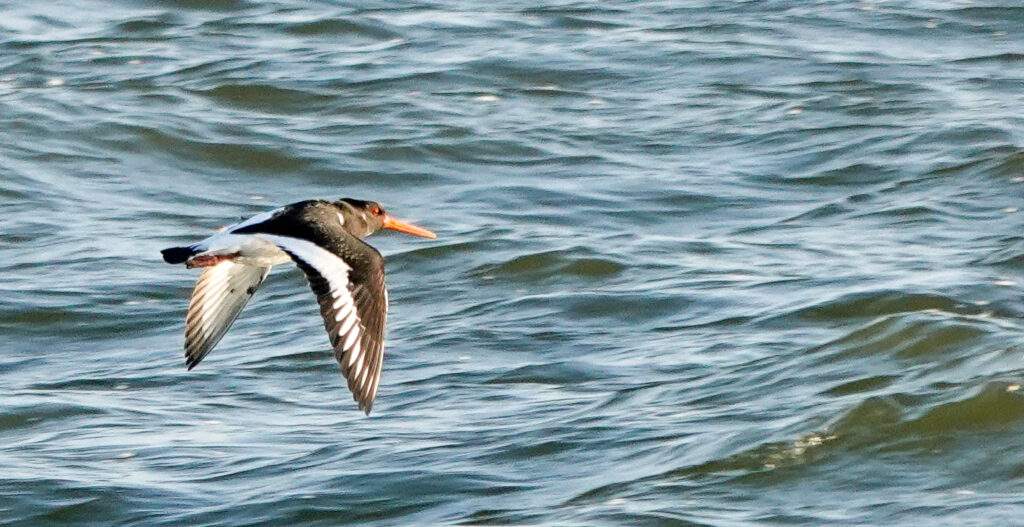 We wait impatiently for the arrival of these familiar winter visitors in Querrin and other coastal areas throughout the country. Brent Geese make there way here there from Northern summer breeding grounds in high-Arctic Canada via Western Iceland.

Declared as the National Bird of Ireland by Birdwatch Ireland in 1990, this stunning looking bird can be seen in large flocks at the moment, very distinctive as they fly, with rounded wings and a floppy beat. When they settle you can see the delicate crest at the crown of their heads. 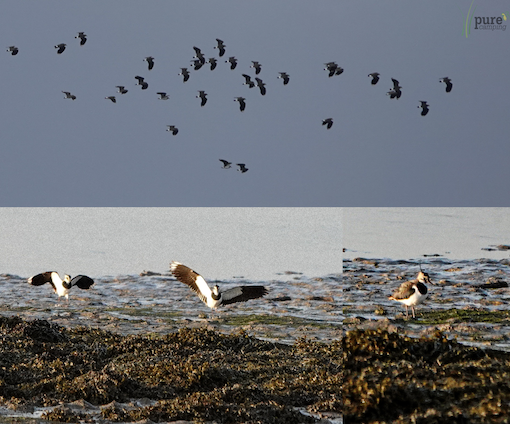 These small little birds caught my eye while walking on Querrin shore. This one had found some lunch.

Stone chats are usually seen perched on something high like a fence post or tip of a branch scanning for insects, “chakking” loudly as it spots an intruder in its territory.

There were so many birds to chose from for this winter line up but we’ll share more as the months passed. Thanks for tuning in 🙂 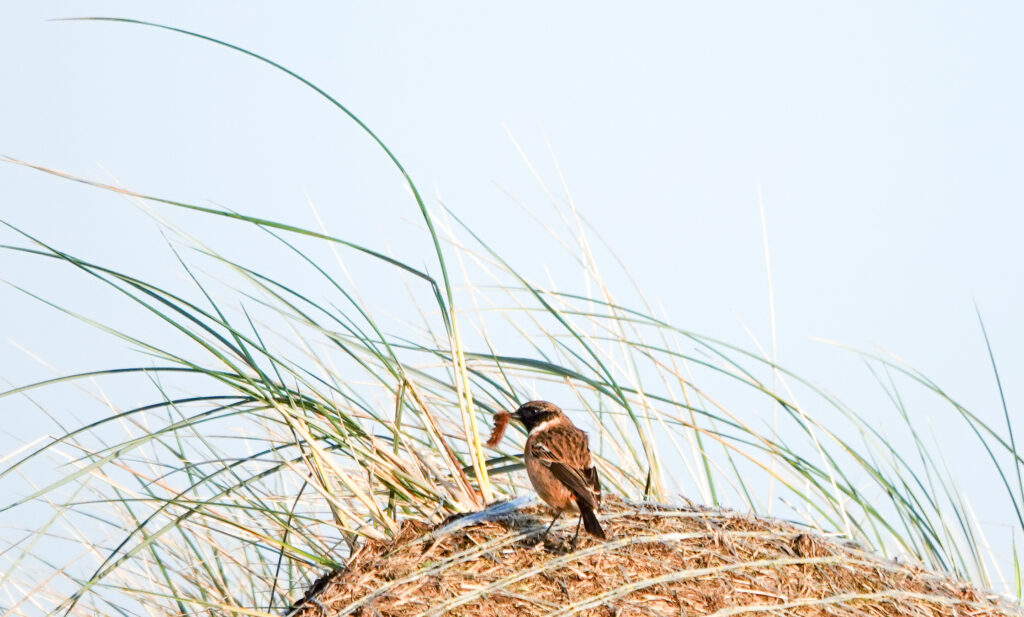 Barn Owl Boxing So, it seems that there is no bad time to put up a barn owl nest box. Something like planting a tree, with the best time being 20 years ago and the second-best time being now. Procrastination is the Thief of Time (and my constant companion) I had...
Read More

The making of ‘Pure Stuff’ cider

🍏 Pure Stuff 🍏 came from the Purecamping orchard in the haggart by way of the few apples that the crows chose to share with us. It's a brew that takes some effort so it doesn't happen every year. Thanks to Tony for being the catalyst in 2020. We had to have at least...
Read More

A tough question in some ways, as it asks me to comment on the pastimes of some of my close neighbours and my relations. It was a question that I was prompted to ask recently when I saw a new sign posted at Querrin crossroads. It's easy for me to condemn shooting, but...
Read More

A busy day in October

So, a busy day it was on the 22nd October... a water rail during the day, a special performance by a Pine Marten, followed just over an hour later by the Fantastic Mr. Fox reading the news as laid out by the Pine Marten. We've been spending more and time observing the...
Read More

Staying healthy through the winter months

What can we do to make sure we stay healthy through the winter months? We hope that you are getting the time now to renew your energy and let your body rest and repair in preparation for the first signs of light and activity in February. Get outdoors Even though the...
Read More

Is Nose breathing good for you?

Yes! Nose breathing is much better for you then mouth breathing. It filters the air getting rid of dust etc. It keeps the air moist It warms the air for smooth entry to the lungs Nose breathing conserves energy and allows for more Oxygen uptake from the lungs It...
Read More

The best way to start a Meditation practice

1. Figure out why you want to meditate Do the benefits of your practice have a positive effect on your life? What are the aspects of  your life that are important to you that you would like to improve? 2. Prepare a “sacred” space and make time for your practice. If...
Read More

Why Meditation is good for you

These are just a few things that come to mind but I'll keep adding to this list. What would you add to this list? 1. Brings clarity of mind Bring clarity and perspective in difficult times. It trains us to be able to stand back and be the witness. 2. Promotes good...
Read More

How does Yogic breathing help you?

Facts of breathing: We breathe 15 times a minute, 21600 times per day. The average relaxed person inhales and exhales 1/2 a litre of air at any time. If the same person inhaled fully he/she could take in two extra litres and exhale 1 1/2 litres. The yogis say – “Life...
Read More
This website uses cookies to improve your experience. We'll assume you're ok with this, but you can opt-out if you wish. Cookie settingsACCEPT
Privacy & Cookies Policy